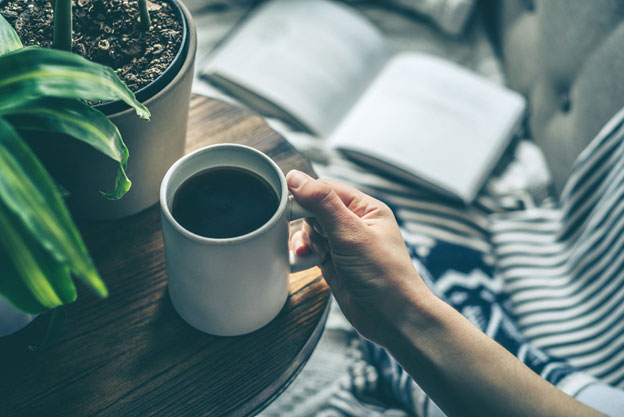 As I continue on my journey to discovering my true potential and tapping into who I really am, there are several steps I must take on the journey. What I consider at this particular place in my journey is the Master Key Experience, that is ‘forcing’ me out of my comfort zone to take chances, and to complete exercises that will help in my self-discovery. One such exercise is creating this Press Release, which I must re-read once weekly to remind or reinforce to my subconscious mind how it feels, and what it is really like when I have reached my goals and am living life within the context of my DHARMA or DMP(Definite Major Purpose.)

This Press Release is done in the form of a summation of a phone interview, conducted by a well-known NPR (National Public Radio) interviewer, Terry Gross, who hosts and produces, “ Fresh Air” interviews. It is now November 26, 2025, the day before Thanksgiving 2025.

Just a few weeks ago while wrapping up a short, “get away” from the maddening crowd in California, I collected a local, neighborhood newsletter, that had this headline, “Unknown Author, Entrepreneur, and Philanthropist, Creating Ripples.”

I felt the urge to find out who this person was. As I read a little bio of her, it stated that she was naturally shy, and did not like to “put herself out there.” I saw where I could contact her and did. I could identify with her because like me, one of her statements was, “It’s nice to be invisible. It suits me.” In my career I love giving interviews even though I too am naturally shy, but the microphone gives me license. The similarity in our personalities (even though I ask hard questions), helped me to relax her because one of her greatest fears is/was that of being misunderstood, so I had to reassure her that I would not cross the line of any questions she found too private to answer.

On the particular day of the interview, she had agreed before hand that I could call her, “Val.” She told me she was sitting at her desk drinking a cup of tea, visualizing what her day would look like being the day before Thanksgiving. She replied that she was relaxed because she had designated most of the preparations for the Thanksgiving meal to a great little restaurant down the road, which was catering the event because of the amount of people coming. These guests included family, friends, acquaintances who worked with her in her charities, and also some people who became close to her after they became beneficiaries of services offered by her homeless shelter.

In her bio, I had read that her property was beautiful so I asked her to describe it for me. Before answering, she sighed (a tell that she was getting a little uncomfortable.) As she described her dream home as just a 4 bedroom home, with a man cave for her husband, Ron; an 1100 sq. feet space of her own where she had the space to have an office, a hobby area for her many craft projects, her sauna, and just her space to just “chill” and remain quiet for 15 minutes or so every day. Her home also has a private gym because being healthy and experiencing true health is very important to her. She also added that to her, true health encompassed the physical, mental and spiritual aspect one’s being. The description of her home being “ elevated with a view of the ocean surrounded by trees and nature” created this picture in my mind of what the back drop for the Thanksgiving celebration would look like. I can only conclude that being from Jamaica, Val experienced many sunsets like this.

After getting some preliminaries out of the way, I started the real interview of asking Val, what had brought her to this particular place in her life where she was described as, “Unknown Author, Entrepreneur and Philanthropist, Creating Ripples.”

Val went on explain that for most of her life, she had dreams and desires to become someone who always gave back, who invested in the lives of others, and desired to find out what her purpose was in life. She believes that we are all placed on this earth, the moment we are born, not to just take up space, but to be Jesus to others, who healed the sick, fed the hungry, made great sacrifice for others, and most importantly just lived, so that others may simply live.

When asked if there was any particular moment in her life that propelled her to, “Just do it”, like Nike would say, she responded in a resounding, “YES!” She explained that even though she had this strong conviction, fears and anxieties had always prevented her from moving forward. That after her mother and father in law passed away after being their caregiver, she realized that she had nothing to hide behind now. That her life had opened up to do the things she craved doing, and now she did not have any excuses. This conviction propelled her to find ways to “grow her sea legs” and move into her divine calling.
One such way she chose was to start reading different ways to slowly change her way of thinking. Ways of thinking that had her feeling that wanting to make it big in life, make a lot of money, wanting more for herself, and at times even being selfish(going after things that were good for her-not what others thought were good for her), was not a bad thing. She had to be true to herself before she could teach others to be true to themselves. She added that one such program that was the catalyst in her life to, “ Do it Now!” was the Master Key Experience.

What is this program, I asked her? She explained that it was a program that spun from Napoleon Hill’s famous book, “Think and Grow Rich.” Along with this book, Og Mandino’s book, “The Greatest Salesman in the World” put it all together for her and made her realize the greatness in herself. She started thinking differently, because of the positive statements she made to herself daily and removed the negative ones which had bombarded her thought life for many years.

In a nutshell, this is the reason she is where she is now, according to her. She states, “I am living my best life, and I feel great, happy, proud, blessed, thankful, accomplished, fulfilled, rich in wealth and life, and just so happy that I am helping others by being the hands and feet of God.” Here are some of the accomplishments she is particularly grateful she has been involved in:

1. Giving and volunteering to animal shelters and agencies such as the ASPCA. Founding a shelter for animals saved from being euthanized, and giving them a place to run wild, eat, play and be cared for until their natural death.

2. Giving and participating in the growth of her home church- God’s Pantry, missionary trips local and abroad to help families.

3. Founded a “para” shelter organization that provides a mobile service offering showers to the homeless. Val says this sprung from her own experience of enjoying showers and feeling clean after such showers, and wanting homeless people, especially the women to experience the same.

4. Writing a book that shares the experiences she and others have had as they navigate life after great loss, offering ideas and “how-to’s” that have worked for them. The proceeds of this book go to fund her charities and other non-profits.

5. Having worked in a residential group home for youth several years ago and realizing that troubled youth most time just need people who care to invest in their life, she has joined forces with the Father Flannigan, Boys Town Program.

As Val talks about these “projects” that cause her to wake up with “Enthusiasm!” every day, and give her a sense of purpose and fulfilment, she got emotional, and I could hear her trying to keep the quiver from her voice.

My next question to her was, “ What will make you continue on this journey, helping and giving so much of your time and money? She replied, “ How can I not continue when I have discovered my DMP(Definite Major Purpose) in life? I have learnt and continue to learn that the more I give to others, the more I get in return and since I ‘have it’, I can now give it. Whenever I make a choice in my life, I think about the consequences, and ask myself if this choice will bring fulfilment and happiness to me, and also those affected by this choice. I am also learning and absorbing, Jason Houser’s 7 Laws (check it out on the internet). I feed on these Laws! I am here to serve, and I know where and how. There is still so much more for me to do. Latif Mercado pretty much describes what it has been for me, “ You can’t Change your life…Until you Change your Heart, and you can’t change your Heart…Until you Change your Mind!” He also states, “ To Me, the Best Part of Success, Is the Journey!”

She pauses, and I can sense she is looking directly at me, as if she was seated just across from me. Her question directed at me, was, “ Terry, have you really found and are living your DMP?” I ponder this question, and realize I need to go home and “think” about this. I told her I would give her the answer, when next we spoke. Then she said, “Terry, I Always keep my Promises! Do you?”

So here it is, my conversation with Val Darlington, the quiet, unassuming, “Unknown Author, Entrepreneur and Philanthropist, Creating Ripples.”

Get updates and learn from the best

How exciting to read that you are now living the life of your dreams when you dedicated your kindness to family members who needed you in their time of need. It’s a pleasure to read your DMP and I do love the image it is serene.

Thanks, Naila. It was fun writing this Press Release. I was excited reading with my own eyes rather than thinking in my head what my life can/will look like in the future.

Always a significant fan of linking to bloggers that I enjoy but dont get a good deal of link enjoy from.

Hi Izle, thank you for finding my blog. I myself am new to all this and linking to other blogs myself. Exactly what is your blog about? Let’s see how we can collaborate.

This site truly has all of the information and facts I wanted about this subject and didn at know who to ask. Sandy Yulma Wawro

Hello Sikis. I am happy I was able to shed a little more light on your journey. Thank you for making the time to check my blog out.

Thanks, Yasal. I am happy you enjoyed reading. I am enjoying writing my posts more and more:-)

The lesson this week started out being a little scientific talking about atoms, electrons, protons and neutrons. To tell the truth, I was a little concerned that the whole training

When its all said and done, this week I discovered that I have a split personality. In this particular case, I will however deviate from the true psychological definition of

What next? Solves Problems