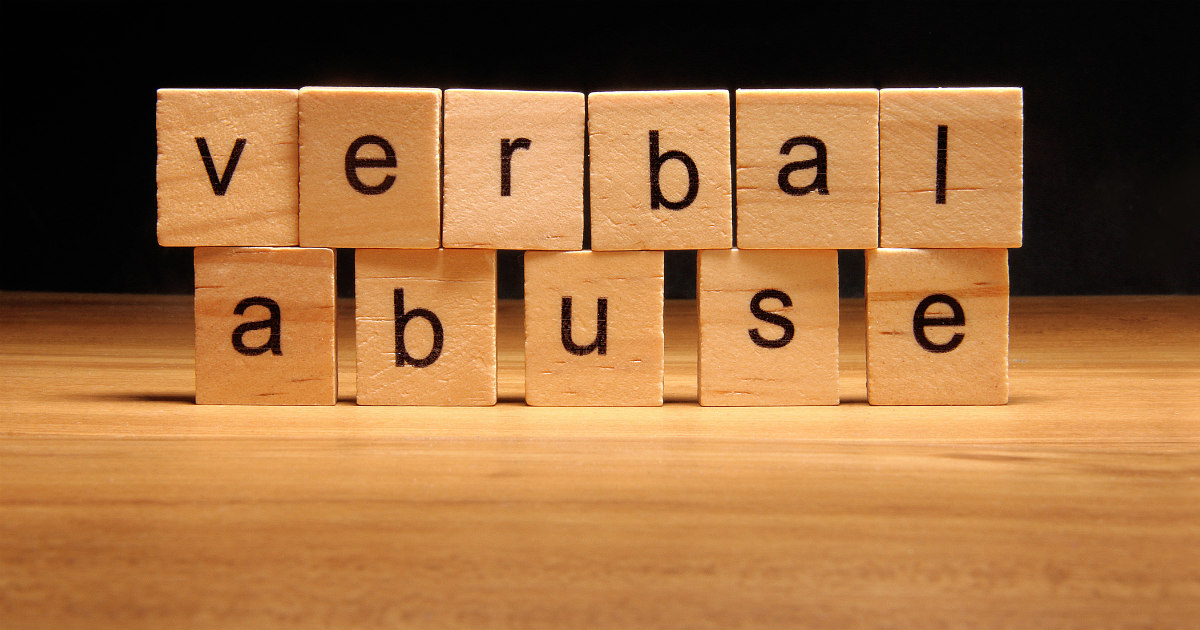 I spoke to a friend recently, who confided that she was being verbally abused by her husband. My first reaction was one of shock because I could not believe it.

After the initial shock, I told her she had to be joking because the word abuse carried with it a serious connotation. I reminded her that her husband was such a funny guy who was always being the life of the party with his jokes and humor. She replied, “that’s how it starts.”

Was my friend’s husband deliberately trying to control her? Or was he just being a broken individual in the relationship who deferred to “joking” because he thought it was funny? None of us would think there was any abuse taking place because it was not done in public.

Research further explained that the verbal abuser usually struck when the two people are alone, or when no one else can see to stop it. My friend’s husband is the one person you would believe did not have a mean bone in him, and everyone loved him! Was this all part of his plan? I did not want to think of him like that.

I learnt there were several common types of verbal abuse. They are as follows:

As I read these types of verbal abuse, I felt so very sad for my friend. I say this because over time I had observed her lower self-esteem, and statements she constantly made about herself. Now I understood why she was always doubting herself and was afraid to attempt doing some of the things she shared from her heart’s desires. She was afraid of being criticized, or put down.

What causes someone to become verbally abusive to another, and in this case, to a spouse? Was her husband dealing with his own demons? Was he verbally abused himself, and this was learned behavior? Was every negative word that came out of his mouth to my friend premeditated, and it was in fact his desire to crush her spirits and destroy her self esteem?

So, is Verbal Abuse a tactic or a strategy? The general definition of strategy is that it is the intent that determines what needs to be done and why, with a way to assess its effectiveness. A tactic involves putting the intent into action, determining how it will be done in keeping with the strategy.

Processing the two words(strategy and tactic), I have come to this conclusion. Did my friend’s husband actually strategize(think) about hurting his wife in this way, and over time observed the effect his words had, and just continued to abuse her? I do not want to think it was his conscious plan to do this.

I believe that over time his “habit” paved a path like a river reclaiming its original course, and whatever he was experiencing at that particular point in his life, he just went to the familiar and said hurtful things to her. So, it is easy to go there(spew the abuse), without having any premeditated thoughts.

I am so happy my friend decided to share what was happening to her at home. Now she can get help. In sharing, she also opened my eyes to the different types of verbal abuse, and I am aware. What I wish the abusers would understand is that when they spew their poison, the victim can experience serious emotional and psychological damage. My friend questioned her own value, self-worth and intelligence.

I realize that the real work begins now. Getting help for my friend and her husband needs to be done. I believe individual and couple therapy will help them “fix” things. I am so happy my friend did not continue to keep silent because not sharing this could have kept her isolated, and then it would have been harder for her to share. I am also very happy that the verbal abuse did not lead to physical abuse as it sometimes does.

As part of her support system we will start by validating her experiences, encouraging her to share what she is feeling, and at safe times let her husband know exactly how the hurtful words affect her, and what she will no longer accept in their relationship.

I believe things will get better, and I am excited for them. It will take time, and it will not be perfect, but we are determined.

I always keep my promises!